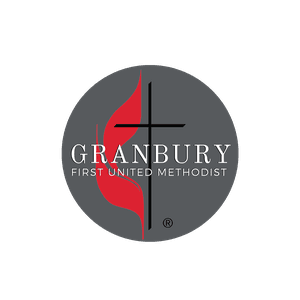 A legacy going back 150 years.

As the congregation gathered in Granbury’s old frame schoolhouse, they listened intently to the Reverend J. R. Hill; it had been heard that this “farmer” preacher drew large crowds of devout Methodists. Their zeal for Methodism, no doubt fueled by Rev. Hill’s compelling sermons, laid the groundwork for a church that would thrive another 150 years.

Rev. Hill organized the Granbury Methodist Episcopal Church South in 1871. As a “circuit rider clergyman,” he traveled to specific geographic areas to minister to settlers and organize congregations. This practice was most associated with Methodism in the United States because John Wesley, founder with his brother of the Methodist movement in the Church of England, sent missionaries to the American colonies. Francis Asbury, Wesley’s general assistant, organized the circuits. As many as 35 congregations comprised a circuit.

Young men who could preach and who were daring enough to ride horseback for weeks across the wild countryside could become circuit riders. These itinerant preachers, as indicated by Methodist Church records, numbered 4,000 by 1844. The hardships these preachers faced were well documented in their journals. Nearly half of these riders died before age 30.

In the time of circuit riders, there were few meeting houses; services were held outdoors or in any available building, including bars.

The first church of any denomination to erect a building in Granbury was Granbury Methodist Episcopal in 1883. It was a wood-frame building located on Granbury’s town square. By fall 1886, there were 333 church members.

Earlier in 1873, the district conference of the Methodist Church decided to establish a district high school in Granbury. First housed on Granbury’s square, it was eventually moved to a spacious three-story structure on the hill where Granbury Cemetery now resides. Primary and intermediate grades, collegiate preparatory, and (after 1885) a four-year college, comprised the institution. What was known as Granbury Methodist College relocated in 1912, becoming Weatherford Junior College.

The stone building that housed the college was torn down in 1912 and much of the rock was used to build a new stone church to house the growing 420-member Methodist Episcopal Church. (The church changed names twice: In 1939, it became Granbury First Methodist Church, and in 1968 it became Granbury First United Methodist Church (GFUMC)). The church was built on property purchased in 1909 — two lots on the square adjacent to the first church building. This mission revival-style stone church boasted 16 stained glass windows, two of which still hang at GFUMC.

In the 1990s, Granbury, as well as GFUMC, experienced a population boom. While every effort was made to keep the church on the square, the downtown space proved inadequate. The church’s holdings were sold and building began on partially donated property on NE Loop 567. What became Granbury Square Plaza is the historic site of Granbury’s first Methodist church. The Plaza’s stage is the former pulpit and choir loft.

At the groundbreaking in 2004, a large handmade wooden cross stood as a reminder that Christians would soon worship at the site. Consecrated in late 2005, the spacious 65,000 sq. ft. building now housing GFUMC enjoyed a standing-room-only church service that first Christmas.

Today, a white steeple, which is lit at night, rises 59 ft. above the roofline, drawing visitors’ attention. The bell that once hung in the original wood frame church’s bell tower now hangs in the bell tower of Hooks Chapel, which is sited across from the GFUMC sanctuary. That humble wooden cross has been repurposed and hangs in the chapel along with two historic stained-glass windows.

More Than a Building

The architecture was not only a material manifestation of this church’s historic presence. Its members became known for their work in the community. Through the years, they conducted ESL classes, mentored elementary students, and assembled hundreds of bicycles for children at Christmas. Thousands of meals have been distributed through the church’s many food ministries.

Today, the tradition of ministering to the community continues. Members coordinate food distribution for the Tarrant Area Food Bank and maintain Susanna’s Closet for women in need. As they have for 75 years, the church holds a charter for Troop/Pack 148 of the Boy Scouts. Members donate monies to help fund local charities such as Hood County Commission on Aging (Meals on Wheels), Forward Training, and Mission Granbury. Children benefit from Operation School Supplies and the TAG ministry supports young families.

Reverends Cynthia and Steve Moss, who now co-pastor at GFUMC, say, “Our church has a history of stepping up to support the community in a myriad of ways. Our members give their money, their time and their spiritual gifts — that contribution is priceless. We sincerely look forward to many more years of service.”

Perhaps the Rev. W. D. Robinson was prophetic when he penned in 1887, “The church with its influence has a stronghold upon the hearts of the people.” It still does, 150 years after its founding!

Making disciples of Jesus Christ who love God, love others, and serve the world